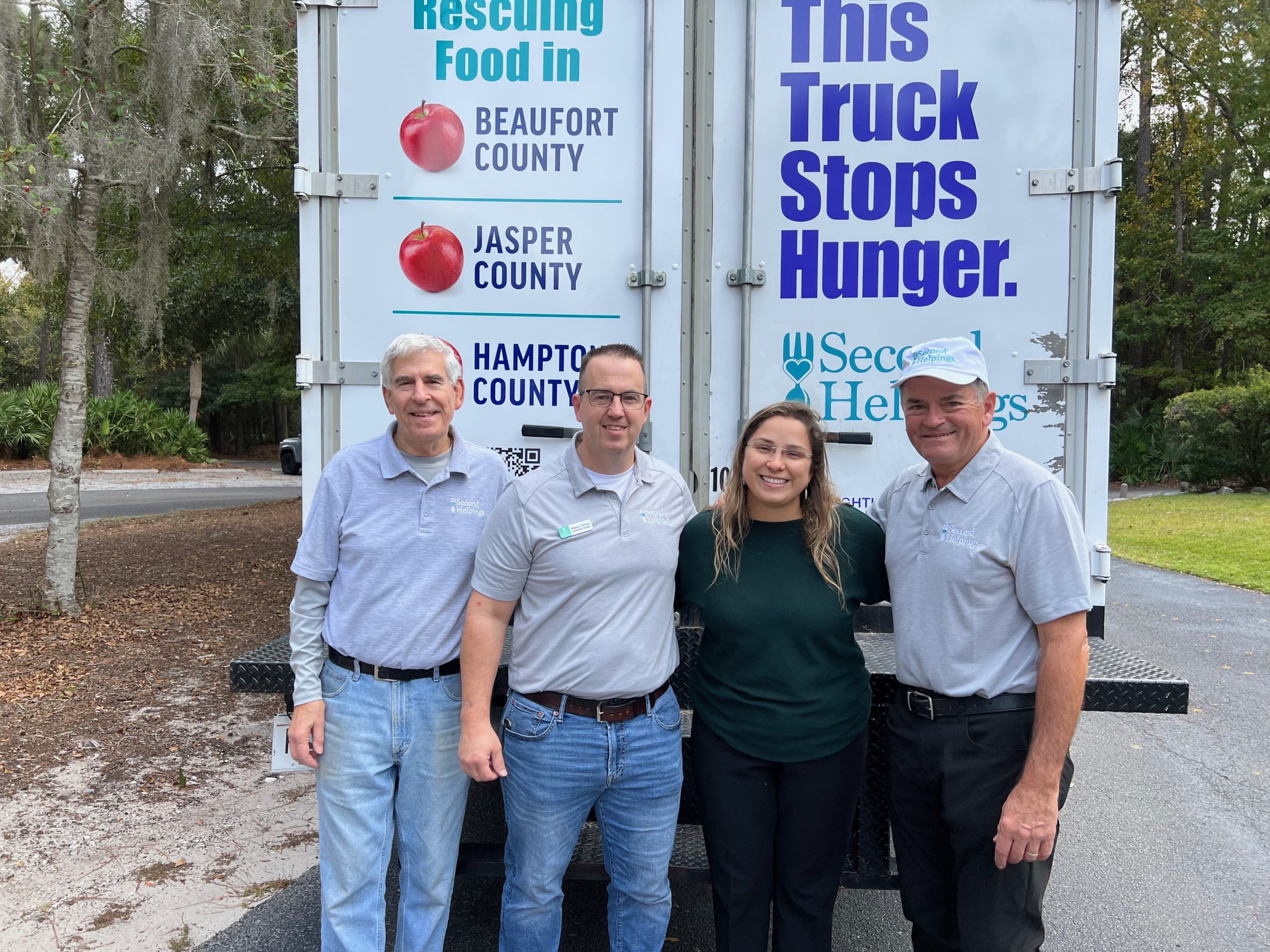 A Bluffton-based Second Helpings truck, loaded with rescued food, arrived at Providence Presbyterian Church on the south end of Hilton Head Island for a quickly-organized food distribution on the day before Thanksgiving.

Credit the quick-thinking volunteer truck crew, Frank Pici and Frank Daversa, who knew that most of the agencies on their regular route were closed that day, and Providence Presbyterian’s Rev. Cibele Santos, who contacted community members just the day before to invite them to take food for themselves and their families.  And the Plantation Cafe and Deli, which donated seven whole turkeys just in time for the event – and Thanksgiving.

Two hours later, 50 people had taken 400 pounds of food, enough for Thanksgiving and beyond, and the truck crew was on its way to the Deep Well Project to drop off the rest of the food.

“According to Feeding America, there are more than a thousand food-insecure people just on the south end of Hilton Head Island,” said Mary Ann Bell, Second Helpings Board President.  “We are grateful for the opportunity to work with Providence Presbyterian to help meet this significant need.” Other Second Helpings agency partners serving the south end include Holy Family Catholic Church, St. Andrew’s by the Sea UMC, and Grateful Hearts Soup Kitchen.