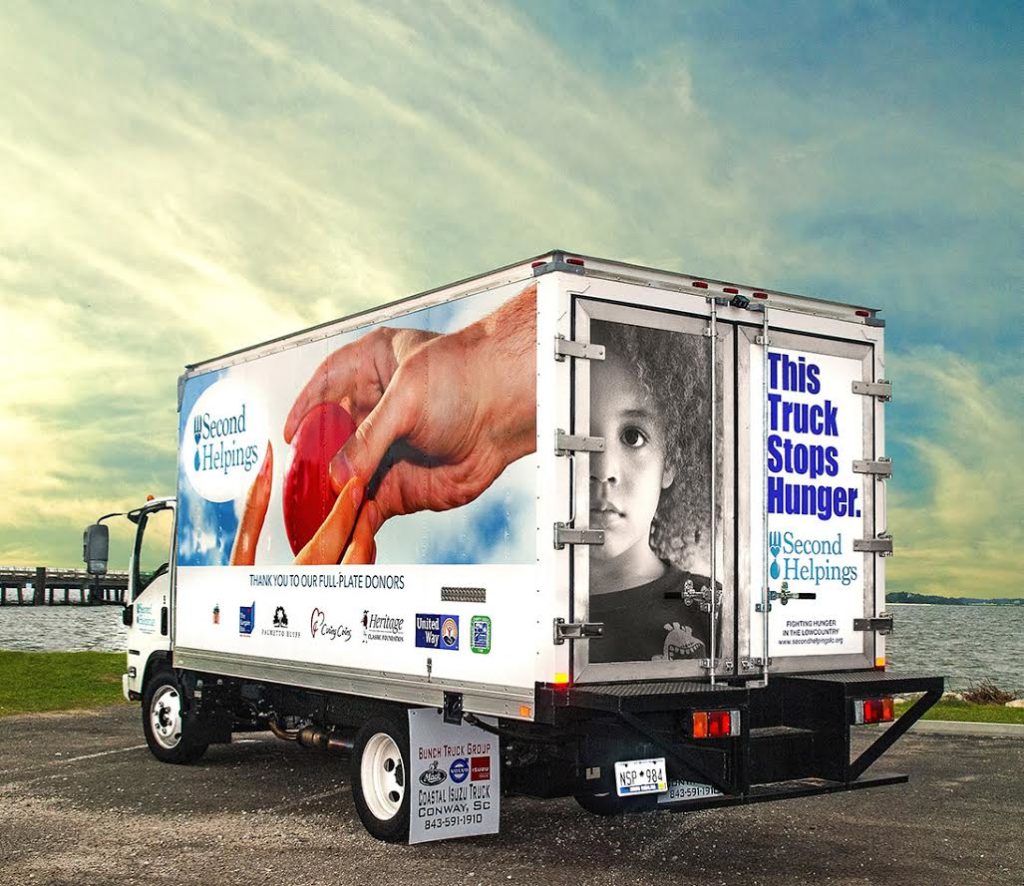 Second Helpings is a volunteer-driven organization that rescues food from grocery stores and other outlets in Beaufort, Jasper, and Hampton counties. We deliver it the same day, at no cost, to food pantries and other Agency Partners serving the less-fortunate.

We are a unique nonprofit in that we serve other nonprofits.

We are a 501(c)(3) charitable organization that has been awarded Angel Charity Status by South Carolina. All of our funding comes from private donations. Over 80% of the money we receive goes directly to support our food network operations. Our volunteers keep our overhead low while allowing our Agency Partners to use their funds on their core missions with no overlap of services.

Second Helpings has been rescuing food since 1992. Guenther and Louise Hecht, residents of Hilton Head Island, noticed how much food was being thrown away by grocery stores and restaurants and decided to take action. The Hechts and a group of dedicated volunteers, using their own cars, started collecting the food and bringing it to several local food pantries. They bought their first refrigerated truck six months later.

Thanks to our donors and volunteers, we have grown steadily over the years, serving new agencies and areas. Second Helpings now has eight refrigerated trucks that collect food seven days a week, 52 weeks a year and deliver it the same day to our Agency Partners in much of the southern South Carolina Lowcountry. Through 2021, we have delivered nearly 40 million pounds of food to our neighbors in need. And the need is still great in our community.

To eliminate hunger and food waste from the communities we serve.

We are a nonprofit organization engaging volunteers to rescue and redistribute food at no cost to qualified nonprofit agencies in Beaufort, Jasper, and Hampton counties.  We acquire funding to buy healthy food to supplement our food rescue efforts.

Collaboration – Working together with food donors and agency partners to benefit as many people as possible in the South Carolina Lowcountry.

Community – Building awareness of local hunger and food waste, and providing opportunities for individuals and organizations to participate in the solution.

Innovation – Striving to be a smart, creative leader in the fight against hunger and food waste.

Leadership – Launching new programs and expanding existing programs to meet the needs of our community.

Safety – Doing whatever is needed to provide a safe and accident-free workplace for our volunteers and  employees.

Integrity – Ensuring a fair, safe, and equitable distribution of food to our recipient agencies and the public.

Gratitude – Recognizing the value of every volunteer, food donor, financial donor, and agency partner with whom we work.

Stewardship – Effectively and responsibly managing the financial resources given to us by our financial donors.

Second Helpings was started and is still operated by volunteers. Our organization is guided by a dedicated Board of Directors that oversees every aspect of our operation. They are members of our local community who care about their neighbors, particularly those who need our help. 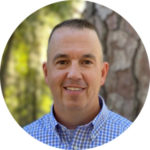 Marcus Tanner joined Second Helpings in 2021, following his retirement from the United States Marine Corps. He implements the strategic direction of the organization, and leads our dedicated team of volunteers and employees to fulfill our mission to rescue food and eliminate food waste. 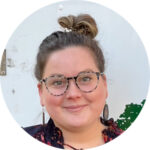 Leah Long joined Second Helpings as Operations Administrator at the end of 2021.

A native of Virginia Beach, VA, Leah holds two bachelor’s degrees, one in International Trade (with focus in accounting and finance) and the other in Modern Languages (with focus in French, Spanish and Chinese), both from Georgia Southern University. Her work experience includes office management and teaching at the university level. 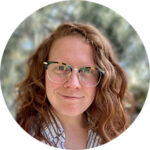 Madeline Helser-Howard, a Beaufort resident, joined Second Helpings at the beginning of 2022. She is experienced with nonprofit organizations, including Friends of Hunting Island State Park, Beaufort County Library and, most recently, with Neighborhood Outreach Connection. She has a master’s of science in library and information science and was Librarian of the Year for Beaufort County in 2019. She is also an SC Master Naturalist. 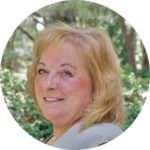 Paula Fanelly is an entrepreneur who founded and owned an alternative health care enterprise. She is a long-time volunteer with Habitat for Humanity, past president of Women in Networking, and a volunteer therapist with a women’s shelter. Fanelly has a bachelor degree in technical education, holds a clinical hypnotherapy certification, and is a certified nurse assistant. 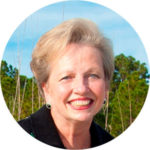 Margie Tomczak established and has continued to lead our very successful FILL THE NEED program. Margie works with teams of volunteers every Thursday to feed buses of commuters who work on Hilton Head Island and in Bluffton.

After a career with Eastman Kodak, Xerox Corporation, and in management consulting, Margie moved to South Carolina in 1999 and has dedicated herself to serving the local needy. She has also been actively involved with the Catholic Diocese and Holy Family Church, and helped establish Mercy Ministries in Hardeeville. She was a finalist for the Woman of the Year Award in 2019, presented by Beaufort Memorial. 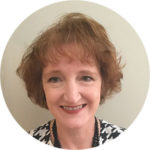 Mary Ann Bell joined the Second Helpings board in 2020. Originally from Pittsburgh, Mary Ann retired in 2019 and relocated to Indigo Run with her husband, Stuart.

Mary Ann spent 30 years at the H. J. Heinz Company and WESCO International in various finance leadership roles, including investor relations and corporate communications. In 2016, she was honored by the Pennsylvania Diversity Council with a Most Powerful and Influential Women Award. She holds a bachelor’s degree from Duquesne University, an MBA from the University of Pittsburgh, and is a certified public accountant. 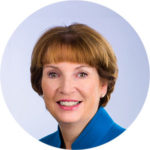 Jo Pender has been a board member since 2017. Jo was an elementary educator for 25 years, teaching special education through primary grade levels in several states and internationally in Jakarta, Indonesia. She also volunteered at the Assistance League of Houston, chairing various committees and serving as a board member and as president.

Jo and her husband, Bill, have been living on Hilton Head full-time since 2015. Here, Jo has also volunteered at the Literacy Center and at Project 200%, a reading program at Hilton Head Elementary. 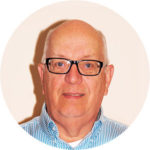 Tony Berkant is a CPA with extensive experience in accounting. Tony retired from Progressive Technology Federal Systems in Bethesda, MD, where he was the Chief Financial Officer. He has also worked at Lincoln Group, Arthur Andersen, Wilson/Bennett Company, LLC and Accelera Corporation. Tony continues to consult for some of his past employers. 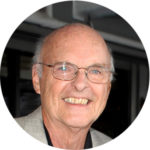 Ted Stevenson has been the Treasurer of Second Helpings since 2015. He first joined Second Helpings in 2011 as a truck volunteer. Ted has made important contributions to the health and safety of our truck volunteers, implementing a process for timely fleet service and vehicle replacement, and creating a new insurance program. Prior to his involvement with Second Helpings, Ted volunteered with The Literacy Center, offering reading and math tutoring. He also participated in the United Way’s third grade reading program. 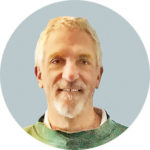 Mike Chambers has been a Second Helpings truck volunteer for five years, rescuing and distributing food in the Beaufort area. He has also coordinated Dataw Island truck volunteers for more than two years.

Chambers, a resident of St. Helena Island, is a solar energy consultant and a special needs coach for tennis and pickleball. He is also the founder and president of the Beaufort Pickleball Club. 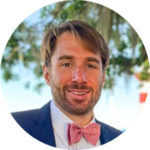 Andy Cook re-joins the Second Helpings board after previously serving as a board member from 2014 until 2019, including service as vice president from 2017-2019. He chaired the 2017 Second Helpings’ Share the Bounty fundraiser. Cook’s grandmother-in-law was the first executive director of Second Helpings, so he has a long-time association with the organization.

Cook is a financial advisor/vice president at Morgan Stanley on Hilton Head. He is also involved with the Kiwanis Club of Hilton Head and The Deep Well Project. 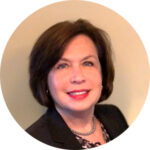 Amy Fee joined the Board in 2021. She has extensive experience in sales and marketing, and holds a Master of Business Administration degree. She retired in 2019 from Morgan Stanley as Vice President and Director of Business Development.

In addition to volunteering with Second Helpings for several years, this New York native is involved with the North Forest Beach Association, Turtle Trackers, Beaufort County’s Senior Leadership Program, and is a steward with the Little Free Library. Fee and her husband, Bernie, became full-time Hilton Head residents in 2013 after several years dividing their time between the island and New York. 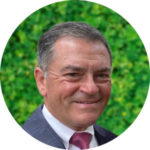 Frank Pici joined the Second Helpings board in 2021, having served on the Friday food rescue team for the past two years. He has over 35 years of experience as a CPA and financial manager, controller, and CFO within public and private energy industry companies.

From 2014 to 2018, Pici was executive-in-residence and adjunct faculty member at Clarion University of Pennsylvania. He has also has served as a board member/treasurer of the Clarion University Foundation and Chester Valley Golf Club. 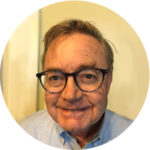 Charlie Russ is a retired attorney who was general counsel and secretary of several large international companies, and in that capacity was responsible for their legal affairs and the provision of legal counsel to their Boards. After retirement, Charlie also served as a board member of the then third largest cable company in the United States.

During his working career and in retirement, he has served on a diverse number of nonprofit boards of directors, including those of the YMCA and a minority dance company. In addition to serving on the board of Second Helpings, he currently is a member of the boards of Bluffton Self Help, a distributor of food, clothing and financial aid to the needy, and Lean Ensemble, a nonprofit regional theater company. Charlie received his B.A. from Amherst College and his J.D. from Columbia University School of Law. Charlie and his wife live in Bluffton. 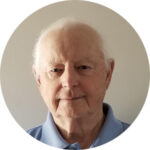 Robert L. (Bob) Taylor became a director in 2022. He has extensive experience in business management, assessment, strategic planning, and business development in large and small companies. He is a University of Maryland Distinguished Engineering Alumnus. In retirement, Bob founded a consulting company which helped Texas municipal governments increase sales tax revenues through improved compliance.  He served as the President and CFO of the company, designed the technical software and business strategy, and led the growth of the company to multi-million-dollar revenues. In 2017, he sold the company and moved to Beaufort.

Bob has volunteered with Second Helpings since 2020, working with the Operations Committee to optimize food rescue information and reporting.  He is also a Beaufort truck volunteer. 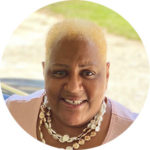 Audrey Hopkins Williams joined the board in 2021. She is a small business owner of an event planning company and a representative on the South Carolina Arts Commission. A resident of Estill in Hampton County, Audrey is a community advocate for the citizens of Hampton County, a long-term relief group that provides assistance to Estill tornado victims.

This website uses cookies to improve your experience while you navigate through the website. Out of these cookies, the cookies that are categorized as necessary are stored on your browser as they are essential for the working of basic functionalities of the website. We also use third-party cookies that help us analyze and understand how you use this website. These cookies will be stored in your browser only with your consent. You also have the option to opt-out of these cookies. But opting out of some of these cookies may have an effect on your browsing experience.
Necessary Always Enabled
Necessary cookies are absolutely essential for the website to function properly. This category only includes cookies that ensures basic functionalities and security features of the website. These cookies do not store any personal information.
Non-necessary
Any cookies that may not be particularly necessary for the website to function and is used specifically to collect user personal data via analytics, ads, other embedded contents are termed as non-necessary cookies. It is mandatory to procure user consent prior to running these cookies on your website.
SAVE & ACCEPT
Copy link
CopyCopied
Powered by Social Snap