The annual Share the Bounty fundraiser for Second Helpings on September 26 featured the presentation of the nonprofit’s major awards known as the Founders’ Awards. The Heritage Classic Foundation received the Supporter of the Year award and Food Lion stores earned Food Donor of the Year honors. The two awards were part of an evening that saw 200 area residents bidding on silent auction items donated by area businesses, golf courses, and more. Share the Bounty is the primary fundraiser for Second Helpings each fall. Jo Pender, vice president of the group, chaired the event for 2019. Awards were presented by Larry Landry, president of the board of directors for Second Helpings, and Lili Coleman, executive director. 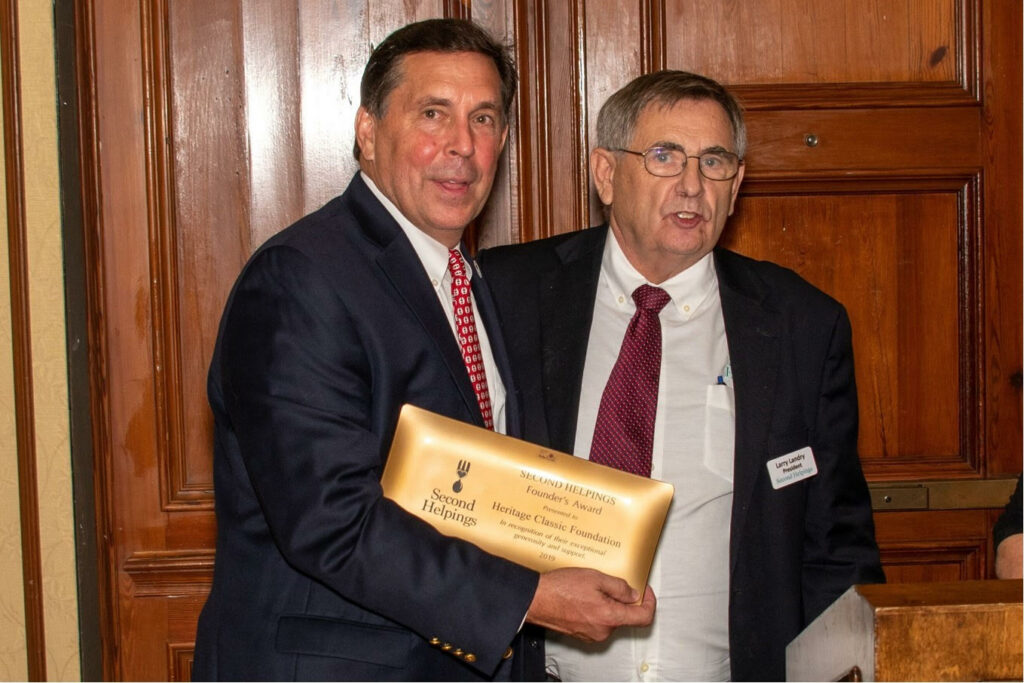 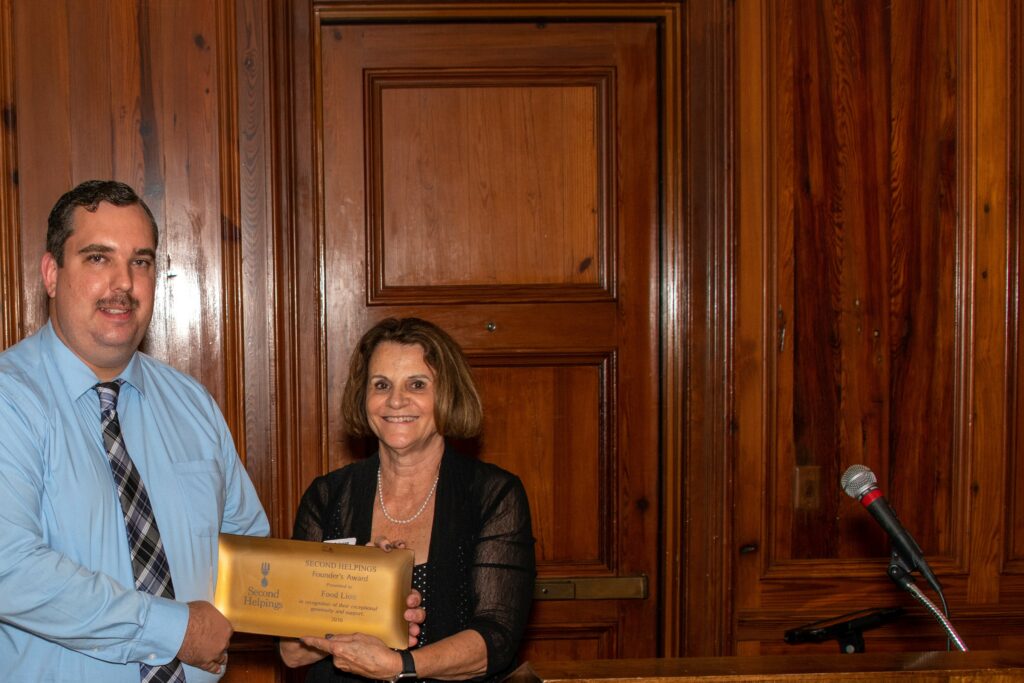 Food Donor of the Year was presented to local Food Lion stores, represented by A.J. Vargo, assistant store manager in Bluffton. Food Lion stores provided the largest volume of food donations to Second
Helpings this past year. In addition, Food Lion donated 500 thermal bags for the Fill the Need Program when it began in 2017. Through this effort, bags of food are packed each Thursday for riders of Palmetto Breeze Transit. Food Lion also is a grant supporter and was the first company to support food rescue in the country.

We thank the sponsors and supporters of this event.