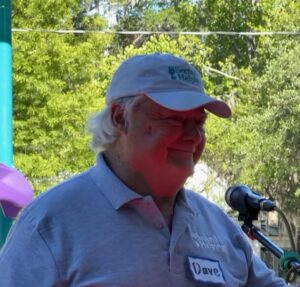 Dave Graybeal (pictured), a truck volunteer and team leader, was named Beaufort Volunteer of the Year.  He received nearly a dozen nominations from his peers, who described his willingness to make himself available, the caring nature he presents, and his ambassadorship on behalf of Second Helpings.

Also recognized at the event were the following Beaufort volunteers:

This year marks Second Helpings’ 30th anniversary.  We have gone from 14 volunteers in 1992 to more than 325 today, and have delivered more than 40 million pounds of food delivered to agencies to feed the hungry in Beaufort, Jasper and Hampton counties.

Congratulations to the honorees – and a huge thank you to all the volunteers who enable Second Helpings to assist the less fortunate in the South Carolina Lowcountry.